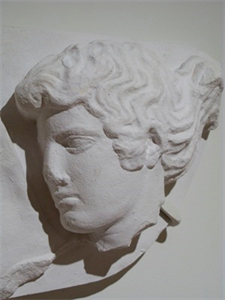 
from "Highlights of the Plaster Cast Collection" published by the BMA 11/10 in conjunction with the exhibition, Gift from Athens, p. 6.