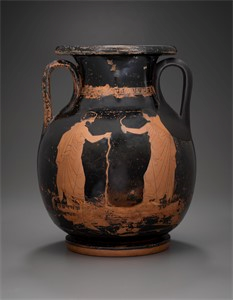 
Athletics played a large role in Greek male life during antiquity. The Olympic Games were founded in 776 BCE, and celebrated every four years at the site of Olympia. Even today, the Olympic torch is lit at Olympia before it is carried across continents and countries to reach the host city in time for the Opening Ceremony. Olympia was one of four major athletic centers hosting the Panhellenic games, the others included Isthmia, Nemea, and Delphi. Other cities held their own games such as Athens which celebrated the Panathenaic Games every four years. Poets such as Pindar wrote victorious odes to celebrate athletic accomplishment.