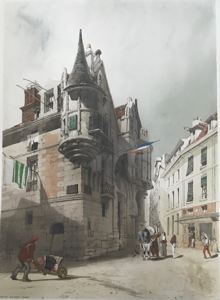 
Plate 14 from the series "Picturesque Architecture in Paris, Ghent, Antwerp, Rouen &c Drawn from Nature & on Stone." Signed on the stone.

At the Hotel de Sens, a medieval castle located near the Ãle de la CitÃ©, a cannonball that was fired during the âThree Glorious Daysâ of the 1830 Revolution remains embedded in the faÃ§ade. An inscription on the building (visible to the upper right of the turretâs balcony) records the date of the event, â28 Juillet 1830.â The English artist Shotter Boys recorded it incorrectly in his print as â29 Juillet 1830.â