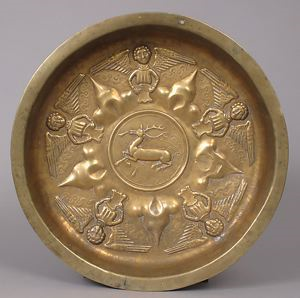 In Germany and the Southern Netherlands, decorative plates such as these were displayed on sideboards in homes and used in the liturgy in churches; because religious imagery was common in domestic decoration, it is uncertain where these examples were originally located.

Your current search criteria is: Keyword is "SJ" and [Objects]Country is ".